Personal exhibition from the 23rd to the 29th of September 2016

Chelle 'Gypsysnail' Destefano resides in her home country, Australia, where she creates her distinguished mixed media style of work with watercolours, inks and washes. She has a love for illustrative style and enjoys working within and outside traditional artistic bounds.

A natural storyteller, the artist often finds that without realising that she is telling a combinations of her own stories and the tales of others. This usually becomes apparent when she reveals her artworks to others, who immediately feel a connection to the story - relating to it through their own personal experience or a deja vu. Many people feel drawn to have an original Chelle Destefano (Gypsysnail) piece of art due to this intangible connection.Chelle chronicles visions that have become a folio of stories, some of which have become printed books complete with the written word describing the artist's inspiration.

Chelle has a Bachelor of Visual Arts and Applied Design (2006) from SA (South Australia) Arts School. She consistently works on a body of artwork of a particular theme at one time, to produce a moving series of works that are perfect for the exhibition environment. The popular and striking Roam the Blue Ghosts series encompasses old, abandoned scenes with hauntingly beautiful detail, objects and the ghosts themselves. The ongoing and sought after series 'Volksy Adventures of Taxi Bug', showcases Volkswagen beetles and buses in animated form, performing actions that humans normally would. The vdub adventures tell humourous stories, playing on the imagination to entertain and delight audiences. While open in her sources of inspiration from everyday life, Chelle's favourite subjects are antique and vintage objects, old empty buildings and the odd animal! Her intention is to draw things that seem odd or out of place in real life, finding beauty in unexpected places - like the Volksy bug beetle with a tear running down his 'face' or tackling staircase inside a house.To experience Chelle Destefano's original artworks and get a sense of her diverse landscape of inspirations, visit http://www.chelledestefano.com 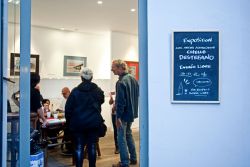 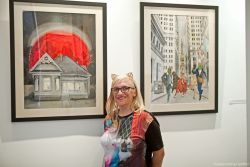 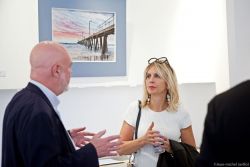 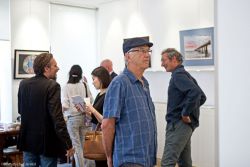 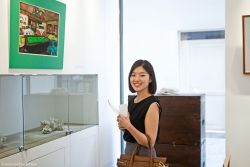 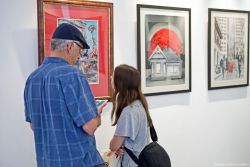 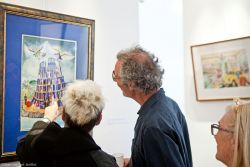 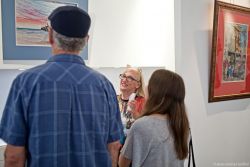 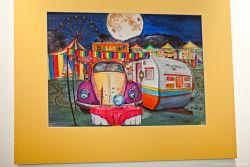 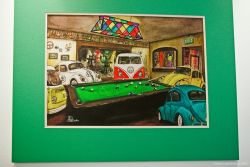